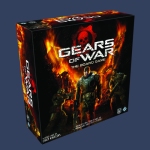 Well GenCon 2011 is over. We were not there but from all of the various coverage it looked like a good show and had record attendance. Below is a list of all the new goodies we are looking forward to based on the show announcements. Thanks to Russ at the D6 Generation podcast and the Beasts of War for their excellent show coverage.

Oddly, even though Steve Jackson Games was at the show, we didn’t hear a peep about the new Ogre 6th edition. We hope this is not a bad sign. [Update: Steve posted an update on the Ogre site, “The status is: Still planned, still the super-fancy as per the prototypes you can see on that page. . . And definitely still not on track for 2011. I warned everyone in May that it might not happen in 2011, and now I can say it definitely won’t. I knew that at the end of June, before I took July off, and I should have shared.”]

This entry was posted in Board Wargames, Miniature Wargames, News and Updates, Publications, Sci-Fi.

The Black Library has started producing digital editions of many of their publications. This includes not only audio books, as they have done on CD for a few years now, but also fulltext eBooks and unabridged audio. The audio books are now available in downloadable .mp3 format and the books are available as .ePub and .mobi (you get both). Surprisingly all of the formats are provided without copy protection and are licensed so you can load them on multiple personal devices.

All of the publications are in industry standard formats. The .mp3 format is of course playable on just about any audio device at this point including any computer. There are a number of reader options for .ePub and .mobi as well. .mobi is more popular on small form factor devices such as the iPhone or Android phone. .ePub is probably the preferred format for eReaders and computers but with text-only novels either format works just fine. On Apple’s iPad there are numerous .ePub reader apps including Apple’s own iBooks app. For the computer, Adobe’s Adobe Digital Editions is probably one of the better reader applications. The new Barnes&Noble NookColor — a great device for $250 by the way — also reads the .ePub format. There is also a Nook app for the iPad (the Windows Nook app is not so great). The books look great on all of the devices we tried. [Note: The NookColor seems to have a slight bug where random text gets rendered it a slightly larger font. B&N we hopefully fix this with an update.]

Unfortunately, the Black Library eCommerce site only has prices in UK pounds. Most books are ~£6.50 — that works out to about $10.00 at current conversion rates. On Amazon.com you can get most Black Library publications for around $8.99 but if you add in shipping and/or sales tax you are at least breaking even. On the plus side most of the books are ~£6.50 where some cost more on Amazon. The full audio books are probably where the conversion pricing hurts the most. For example, the unabridged audio version of Prospero Burns is £20.00 (~$31) but it is 16 hours of audio.

We grabbed a handful of titles including some audio books. We were very impressed with the audio books. We got Fireborn and Heart of Rage both of which are somewhat older publications having been released on CD previously. Both are audio dramas and include dramatic story telling with sound effects and music. They are only about an hour long but are very well done. We liked Fireborn better but that is probably personal taste.

Overall this is an interesting development for fans of Warhammer 40,000 and epublications. The ability to carry multiple titles and read them on multiple devices is a nice convenience. The audio books are a nice diversion and make for some interesting listening while modeling. Hopefully Black Library will continue to publish in electronic formats.

This entry was posted in News and Updates, Publications, Sci-Fi, Warhammer 40K.

Our new Imperial Armour book continues the story of the bitter war to control the traitor world of Vraks. Trapped in brutal conflict, the once loyal population of this world have been led astray and plunged into the heretical worship of Chaos by the actions of the Apostate-Cardinal Xaphan, and now must face the wrath of the Imperium they once served. For ten years the bloody-meat grinder of Vraks has fed on death and both sides now look to break the vicious stalemate by bringing new forces to play. For the Imperium, the merciless regiments of the Death Korps of Krieg press their onslaught relentlessly, aided now by the mighty Red Scorpions Space Marines, while the colossal Titans of the Legio Astorum take to the field in the Imperium`s efforts to crush the traitors once and for all. But the heretics of Vraks are not alone, as like vultures to a rotting carcass the forces of Chaos are drawn to this war-torn world in ever increasing numbers, and for Vraks the worst horrors are yet to come. END_OF_DOCUMENT_TOKEN_TO_BE_REPLACED

This entry was posted in News and Updates, Publications, Sci-Fi, Warhammer 40K.

Mongoose Publishing has done a good job supporting its WW2 naval miniatures game Victory at Sea. Besides the initial expansion, Order of Battle, they regularly publish new material in their free PDF magazine Signs & Portents. Below are the VaS articles from the latest issues. END_OF_DOCUMENT_TOKEN_TO_BE_REPLACED

This entry was posted in Naval Warfare, Publications, Victory at Sea, WW2.

The gents over at Bolter & Chainsword produced an outstanding guide to using Space Marines in Warhammer 40,000 5th Edition. It is a well produced 74-page pdf. It focuses on what is new with the 5th edition and what has changed. It covers all aspects of play and even has sections on specific Chapters such as the Dark Angels.

Use this along with the 5th Edition Preview/Review and you will be all ready for battle when 5th Edition arrives.

This entry was posted in Publications, Sci-Fi, Warhammer 40K.

Lock ‘N Load Games just released the latest edition of their house PDF-magazine, Line of Fire #2. They did not quite make the quarterly deadline but close enough. LNL is selling Line of Fire #2 for a couple dollars cheaper ($14.99) than Line of Fire #1 but the issue is a bit shorter than the first. END_OF_DOCUMENT_TOKEN_TO_BE_REPLACED

This entry was posted in Board Wargames, Modern, Publications, Reviews, WW2.

Lock ‘n Load Publishing released a Gamer’s Guide for its World at War Cold War-era tactical combat board wargame. It is a 37 page 8 1/2″ x 11″ softbound, black and white magazine. The cover is of heavy glossy stock. The Guide is attractively laid out with plenty of shots of the game in play and a few stock photos sprinkled in. The layout template takes up a lot of space and the guide could probably have been published in only 18 pages but would have seemed a bit more crowded. The lack of color is disappointing especially for the shots of the game in action but everything is clear and readable. END_OF_DOCUMENT_TOKEN_TO_BE_REPLACED

This entry was posted in Board Wargames, Modern, Publications, Reviews, World at War.

The View from the Turret
Blog at WordPress.com.