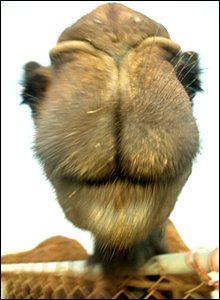 Well as I feared, Dust Warfare has proven to be the proverbial nose under the tent. Getting deep into Dust Warfare has led us to look at other 28mm scale games. This of course is natural as you get in the mode of painting in that scale, start to gather some terrain, get some more figs, etc. Perhaps an even bigger influence is just the fact that there are lots of excellent rule systems out now that do not require a large number of miniatures to play. This makes it even easier to get into these games without a large investment in hoards of 28mm figure.

I’ve already written about Saga. It continues to be a challenging and fun game. It appears a Roman army is now inevitable. But thanks to Saga I still only need around 50 figs so collecting one is not a particular burden in time or money. The metal and plastic Roman figs from Warlord Games are excellent. But we also grabbed some of the plastic Romans from The Wargames Factory and they are almost as good as the ones from Warlord Games. If you want to have some plastic options they are worth a look. And of course the next Saga expansion, The Raven’s Shadow, with four new factions, is due out soon.

We have officially taken the plunge into Bolt Action as well. The figs are great and the rules are even better. Like Saga you can play great games with just 20-50 figures and maybe a vehicle or three. The rules are very streamlined yet give a nice tactical feel. For more on Bolt Action don’t miss Bolt Action.net and the BAR (Bolt Action Radio) podcast. Anyone interested in Bolt Action might also want to check out Victory Decision: World War Two from A.D. Publishing. It is somewhat 40K-ish and larger scale but still a streamlined game.

Mantic Games recently released a new line of sci-fi figures for their Warpath game. The new Enforcer figs look quite nice. We have always liked the Corporation line in general. Along with the figs Mantic released a new version of the Warpath 2.0 beta rules. The rules look interesting and have a unique activation mechanic. Honestly we can’t say we are fans of the Warpath universe in general but we like the Enforcer and Corporation figs enough that we would like to do something with them.

Spartan Games probably deserves a mention as well. Their new Dystopian Legions game looks quite nice. The miniatures look interesting and well cast. We originally thought the minis were to be resin but for the most part they are pewter. We are unsure how the vehicles are going to be but if Forgeworld can pull off 28mm resin I suppose Spartan can as well. The quick-play rules are available for download and look quite interesting. But we will probably pass on this one. We are fans of Dystopian Wars because we like naval combat but are not big enough steampunk fans to jump into Legions but it appears to be a good effort. But then again we may weaken….

Perhaps the biggest recent find came about as a result of playing the XCOM: Enemy Unknown computer game. The game is a great tactical sci-fi game and gave us an instant desire for some sci-fi tactical tabletop gaming. We dug around a bit and discovered Mercs. It is very much XCOM on the tabletop with five figure units and an emphasis on fire and maneuver at the skirmish level. The miniatures are outstanding and the rulebook is one of the best presented rulebooks we have ever seen. In fact the rulebook is perhaps the new gold standard for rules. Not only are the production values high but it includes fluff as well as a look at the game design and miniature creation as well. We wish all publishers would do this. Thankfully the rules themselves seem to be as good as they look. We have not gotten in a game yet but the card-as-ruler mechanic certainly has to go — A simple fix — but otherwise the rules look very solid and the snap-to-cover mechanic is unique. Also be sure to check out SnaptoCover.com a nice Mercs fan site. We will certainly have more on Mercs after we get some games in.

Below is a look at the Mercs CCC starter pack. This is a quick way to get into the game (you’ll need the rules as well). Games are played with five troops to a side but you have six (and soon seven) to choose from so pick wisely.

Saga — A Tale of Pointy Sticks

Ok I admit it. Frankly I got sick of hearing the WWPD podcast interrupt their stellar Flames of War coverage with all this yammering over some ‘Saga‘ thing. So I finally broke down and decided to take a look at it for myself. Now I should mention that, except for a somewhat recent foray into Napoleonics, I have had little to no interest in gaming much prior to WW2. But of course like many interested in military affairs, I have spent a bit of time looking at the Roman era and later Medieval periods but the Dark Ages certainly held little appeal.

Well, weakened as I was from my self exile from 28mm gaming by Dust Warfare, this decision probably came at a bad time. Saga turns out to simply be a great set of rules. It quickly transcended any lack of interest I may have had in the period and sucked me in. So now my new Battlefront M4A3E8s sit idly aside as I once again pick up yet another range of 28mm miniatures.

The WWPD have done a great job supporting Saga and they now have an entire site dedicated to the game called The Tapestry. The Meeples and Miniatures podcast has also devoted two shows to Saga that cover the rules and the new Northern Fury expansion. They also have a written review covering the basics of the game. The Wargamer blog has done a nice Saga review. The Life and Times of a Wargames Butterfly blog has another Saga review. Those sources should provide you with all you’ll need to decide if Saga is for you.

I had originally intended this post to be a primer on how to get into Saga because it took a bit of digging for me to settle on forces. But once again WWPD has done a great job and they have a wonderful post, Sourcing Saga, that outlines most of the miniatures available for Saga.

But of course I couldn’t take the simple route and go with the standard Norman forces. I had a box of the Perry Men at Arms hanging about so I decided to proxy the Norman forces using later Middle Ages period forces. This also demonstrates a strength of Saga. There are eight official Dark Age forces now with certainly more on the way. But fighting with shields and pointy sticks is rather similar across the years so one can easily adapt (or simply proxy) forces for Saga from 300BC or so right up to the 1400s AD. Firearms are probably not well suited for the rules but almost any melee actions are quite doable. I suspect we will see Saga officially expand into later periods as well as visit the East and the Samurai at some point as well.

So with that in mind I suddenly had a reason to buy 28mm Romans! I had always been smart enough to know I’d never get enough such forces painted to play regular army level Roman-era games but Saga only needs around 30-60 figures so you can quickly get into a new force without much fuss. And that is how the spiral begins…If you would like to consider some alternate Saga forces here are a few options:

Perhaps due in some measure to the success of Saga, Dark Age terrain options have increased as well.

If you like a good, fast playing game with some real tactical nuance give Saga a try. If you don’t want to start collecting another set of 28mm miniatures you better just move along…and whatever you do DON’T pay any attention to the WWPD and all their Bolt Action talk!!!! Oh no, my wife is gonna kill me….

This entry was posted in 28mm, Dark and Middle Ages, Saga.