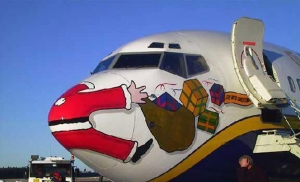 With the holidays upon us it is time once again for us to look at some goodies. This has been another great year for gaming and there are almost too many high quality releases especially on the miniatures front. Maybe not so surprising, there has been a lot of progress in the same systems as last year.

Below are just a few items you might want to add to your list…if you’ve been nice! ...

It has been a busy few months with lots of random progress.

I’ve been focusing the most on Dropzone Commander recently. I’ve finished my Scourge, except for some of the new units, and am making steady progress on the PHR. Up next is the UCM. Hawk Wargames continues to impress with their releases. Related items:

Speaking of 10mm games, Spartan Games’ Firestorm Planetfall miniatures are starting to become generally available including the new Leviathans. Compared to Dropzone Commander the miniatures are probably lacking but the comparison may not necessarily be fair. Spartan has gone for a simpler, chunkier look and the models generally have much more mass than Hawk’s. The surface detail is amazing but they opted for simpler models so you do not get the overall complexity of shape or ultra-fine detail as you do with Hawk. The Planetfall infantry are quite nice and have a unique basing design. But they also seem closer to 12mm but one can argue they are in powered armor so should be larger. Yet there is no doubt they look quite nice and give further uses for those now collecting 10mm terrain.

I got distracted by some of the very nice 15mm sci-fi miniatures being done by Khurasan Miniatures. Specifically the new Zantin Reconquest line and the new units for the Nova Respublik Crimson Army. The GOTA line replaces the NAC as my favorite sci-fi 15mm infantry (with the Arc Fleet Heavy Infantry from Critical Mass Games a close second). Also new was the Kickstarter from ACP Games with their new Vanir dropship. They also included a good deal on their existing line of units along with a new Humvee-esque vehicle. Looks like our Gruntz rules will see some action soon.

Not to be left out, I’ve at least been looking at my Deadzone Enforcers sittting on my table needing paint. I’ve made some progress on assembling the new hard plastic Enforcers as well. These are light years better than the restic stuff but still mix in just fine. The Anvil Industry Kickstarter has still not arrived so I was spared that distraction only to have the Beasts of War show off some 28mm modern vehicles from Empress Miniatures. These look really amazing. That motivated me to finish up an old 28mm Antenociti APC that is unfortunately no longer available. Squirrel!

Last but not least Fantasy Flight Games released Star Wars: Armada after an extended delay due to dock strikes. The game was worth the wait and offers a fun but fast starship combat game. It won’t replace Firestorm Armada but for those who love Star Wars or simply do not want to paint it is certainly a great option. Speaking of painting, while the capital ships in the game come painted just as nicely as the X-Wing miniatures the small fighters are just colored plastic. After seeing Steven MacLauchlan and other folks paint theirs I had to take a crack as well. In just a few hours you have some nicely painted fighters that reward the effort.